The store will not work correctly in the case when cookies are disabled.

Started on 3 March 2017 with a 0.9.2 version, we are now 50 releases ahead and added some great and innovative features to the Channable extension.  Over time we’ve added a lot of features and solved a lot of GitHub issues. Now, almost 4 years later, this extension has been downloaded more than 200,000 times! 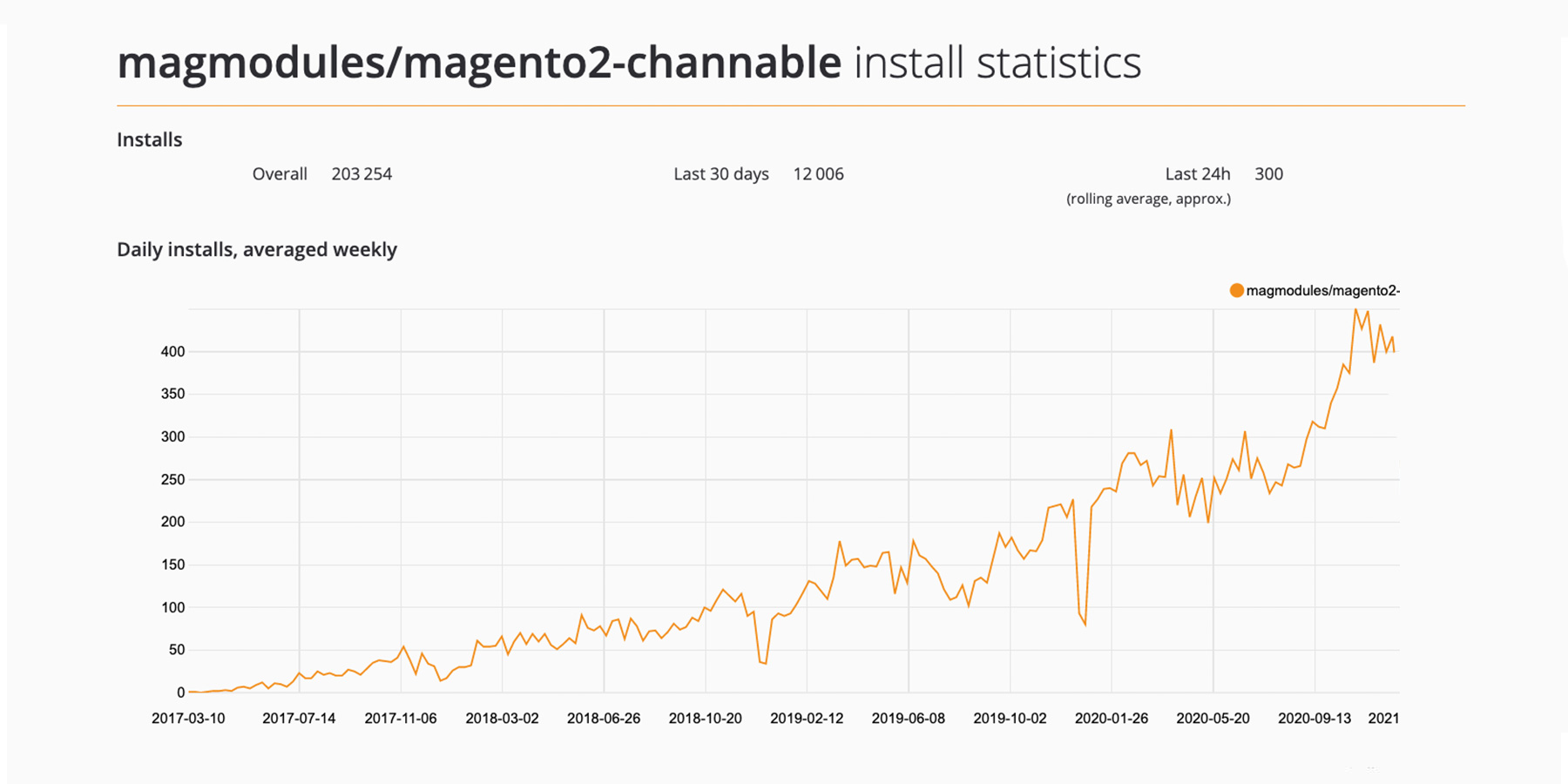 It’s always a pleasure to work with a professional company like Channable. Up to the million Magento 2 installs! Source: https://packagist.org/packages/magmodules/magento2-channable/stats

Magento®Commerce is now a Adobe Company